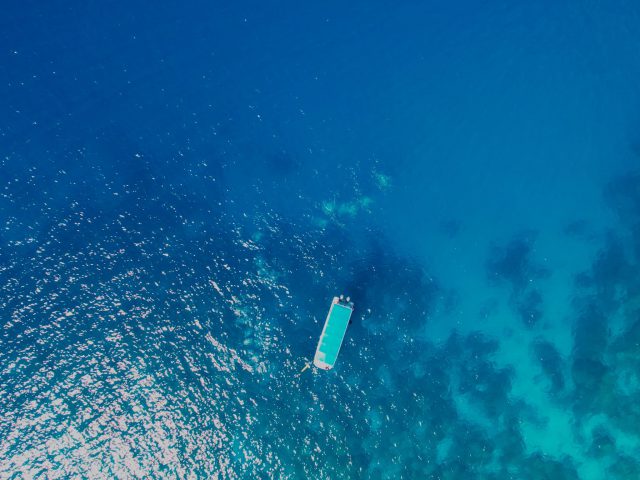 Barnacle Busters travels to the beautiful islands of Palau and experiences the spectacular wildlife. 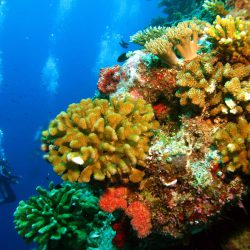 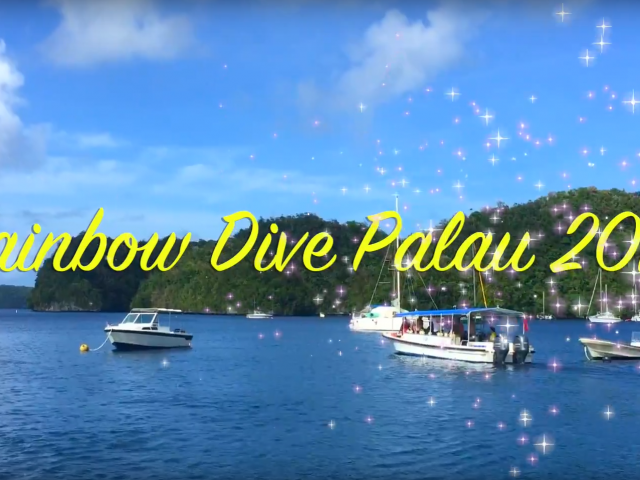 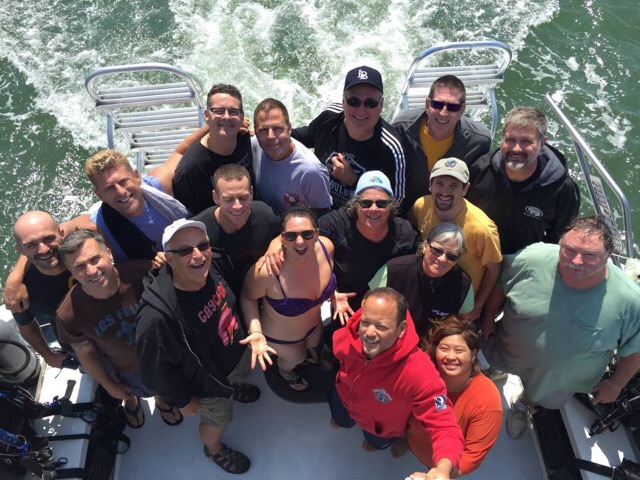 For the second year in a row, conditions for the Ventura-Anacapa crossing were favorable: No giant swells, no seasickness, no spray soaking the flying bridge. 18 divers chatted and grazed on donuts and coffee as we cruised to the first dive site, Goldfish Bowl. 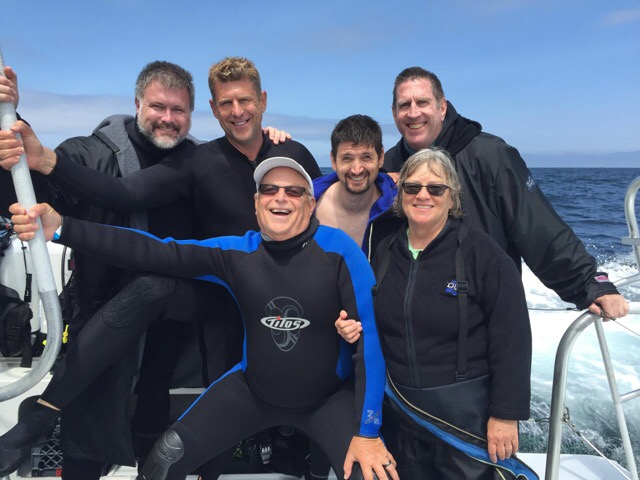 We listened as the first divers hit the water, relieved to NOT hear and cold-water screams. Temperature was a cozy 70-72F. Anacapa diving is generally shallow, which was perfect for Open Water student Gia, who performed her skills with ease. Goldfish Bowl is not known for kelp beds, but there was a lovely stand towards the south end of the site where we saw abalone, lobster and about a million vibrant juvenile garibaldi. Sharon & Nixie spotted a large Giant Black Sea Bass at the beginning of the dive. 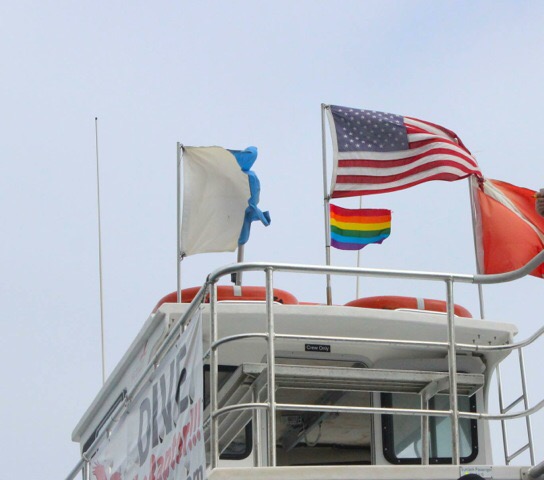 At Caverns, divers explored grottos, drifting with the mellow surge in the shallows. We were delighted to find dense kelp here too. Also a spotted harbor seal and black sea bass sightings here. Gia and I didn’t see anything out of the ordinary but had a blast gliding through the forest while she perfected her buoyancy. I love watching new divers as they begin to “get it.”

After lunch, we dived the wreck of the Winfield Scott, an old paddle-wheeler sunk sometime last century. While there’s not much left of the wreck, there is a spectacular swim-through and a ton of kelp. And this area is home to squads of large sheephead. By the third dive, Gia was cruising like an experienced pro and I Was happy to certify her! 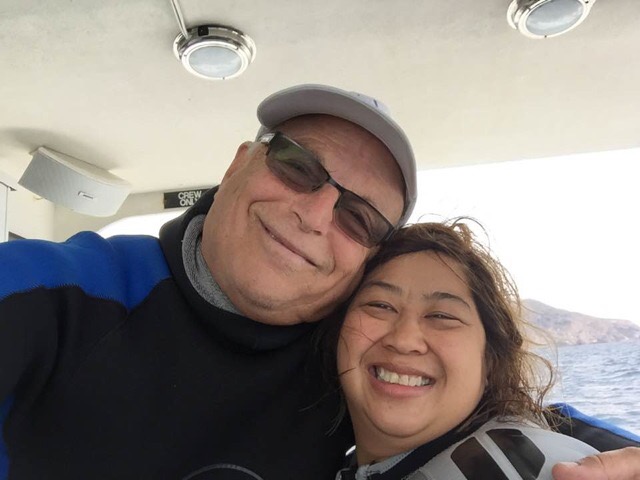 By coincidence, this was also LGBT Pride weekend in Ventura so a bunch of divers, including Raptor owners Jim & Christie Price, migrated to the fairgrounds to rock to GayC/DC’s stellar, crowd pleasing performance.

It was a great day and our hearty thanks to the always excellent crew of the Raptor. 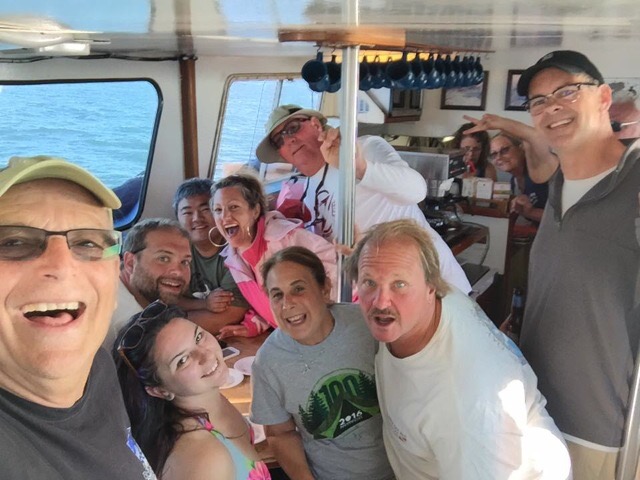 On the Fourth of July, one of the biggest questions on people’s minds is: Where is the best place to see fireworks? Our answer: Aboard the Cee Ray!

This is one of the local dive boat trips I look forward to most each year. Not only do you get a hearty breakfast, a bunk to nap away the two-hour long trip to the first dive site, Monkey Bread after the first dive, later a huge lunch after two more dives and another nap on the way back, but then the Cee Ray anchors in Long Beach Harbor close to the Queen Mary and they serve you a BBQ rib and salmon dinner with dessert as the spectacle of the fireworks display takes over and you surrender knowing that you’ve had a very full day. And then there’s the diving!

The crew on board the Cee Ray loves nothing better than to please, so they plunked us down in places where they had previously found good visibility and steady conditions. Well, nature had other plans.

Black Rock was dive site number one and while the site itself can be wonderful, this day the vis was about 15-20 feet and mostly murky. There were also some thermoclines that made me shudder from the chill on a couple of occasions. I did see my first Sea Biscuit shells, two in one dive! This was a good dive to get close in and look for the small stuff on the rocks, like the little blue and orange Gobies. Saw a few tiny cowries too. 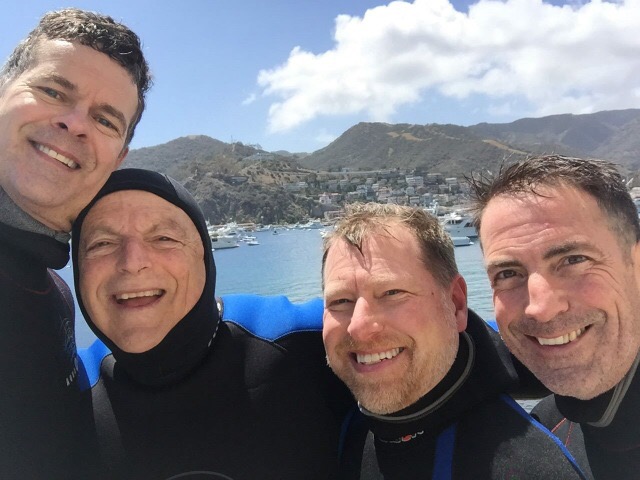 Next up was Parson’s Landing, by far the best dive of the day. The kelp forest was back in full force and the sun shone through as we descended into it. We went deep into the thick of it and took photos of the light streaming down. Boy, how we had missed that! As we left the forest, I noticed a bat ray sleeping in the sand, probably thinking no one would take notice. I approached slowly with my GoPro on and it was unaware for maybe 30 seconds, then abruptly lifted off and sped away. Several minutes later I spied another one (or was it the same one?) swimming in the shallow area, and later a round ray. We circled back to the kelp forest on our way up and noticed how long some of the fronds were.

The last dive of the day was the strangest. Eagle Reef is typically a favorite spot, but the current made us feel like the Flying Nun underwater! After entering the water, I noticed how quickly I was being carried away, so I swam against the current to get to the anchor line for a steady descent. Once we reached some of the rocks it was all we could do to hold on like some Maxell or bad air conditioning commercial! We made it around the biggest rock and then looked at each other with the same idea, “this is just too tough to navigate, let’s abort the rest of the dive.”

We met at the surface and saw the Cee Ray waaaaaaayyyy over there! We could not believe that we had gone that far since we had spent the last 20 minutes clinging to the same rock! Come to find out that the current was so strong it had loosened the anchor and the boat was adrift. We started swimming towards the boat, and they spotted us and came around to pick us up. On deck, we found that other divers had similar stories of going down, fighting the current and deciding to abort.

As the last of the divers were scooped up, we changed out of our wet suits and took quick showers to ready ourselves for the feast that was coming. Bring on those ribs! And then a fitting strawberry and blueberry short cake with tons of whipped cream to go with the fireworks display. A stunning end to an eventful day. 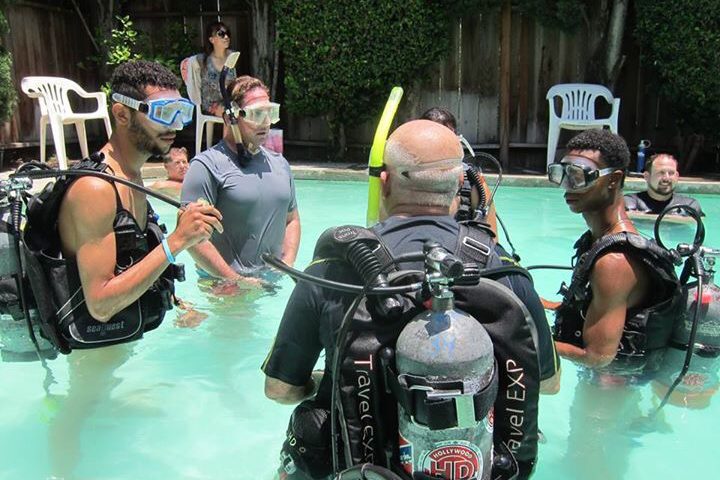 This year’s Splash Day was one of the largest ever. The free annual event gives aspiring divers an opportunity to try out scuba gear in a swimming pool with an instructor before committing to a  class.
For certified divers, it’s a chance to refresh skills and catch up with friends.

END_OF_DOCUMENT_TOKEN_TO_BE_REPLACED

Get ready for some of the best scuba diving in the Caribbean. Barnacle Busters is planning a return Roatan in 2017. Situated 35 miles off the north coast of Honduras, Roatan is home to the world’s second largest barrier reef and a Scuba diver’s paradise.

END_OF_DOCUMENT_TOKEN_TO_BE_REPLACED 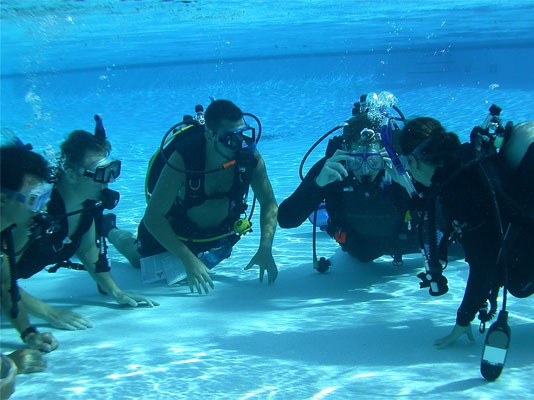 Looking to get certified? Affordable, quick and easy classes run several times through out the summer. Courses consist of three classroom and pool sessions in Silver Lake, followed by END_OF_DOCUMENT_TOKEN_TO_BE_REPLACED

Happy June everybody! If last week’s heat wave is any indicator of the intensity of our Summer, we’d all better hit the water really soon. 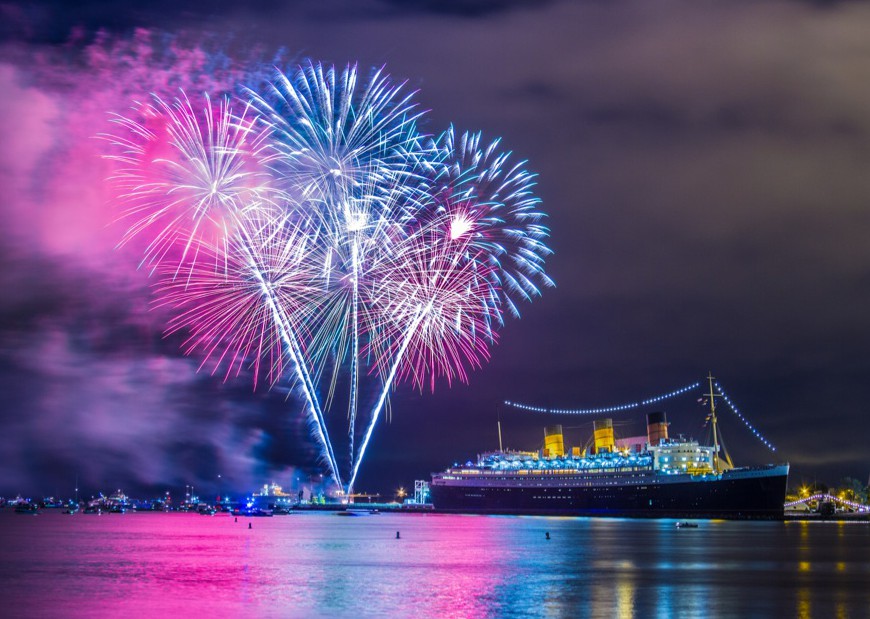 Divers are able to load the night before starting at 8PM and we’ll leave the dock promptly at 7AM the morning of the 4th. END_OF_DOCUMENT_TOKEN_TO_BE_REPLACED