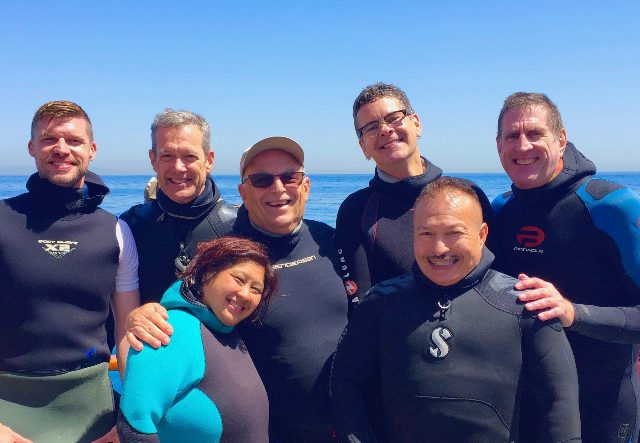 It was a beautiful Saturday morning when seven of us joined a full boatload aboard the Cee Ray, for a day of diving. For most of us, it was the first in 2018. A lot of us were trying out new gear: Michael had a new wetsuit, Adam had a new BCD and one of us even had a new knee!

All of the new gear (and the knee!) checked out and we enjoyed decent visibility and fair conditions. However, Buck and I called it quits after two dives … because it was COLD! I don’t think I’ve ever dived in 58-degree water off Catalina before! The bright side of the chilliness was that the kelp was back, in abundance! The sun was out, so it made for some spectacular and colorful views.

The other amazing spectacle was the variety of Thetys Vagina salp (yes, that is the name!) floating around. These were some of the most curious looking creatures and I’d never seen anything like them before. They were everywhere! And check out the pic of Rex with a rope-like giant  siphonophore, an unusual sighting since these are generally deep water creatures.

Gia photographed a Giant Sea Bass,  Jeff & Michael saw a small ray, and of course, we all enjoyed the old standards: garibaldi, kelp bass and schools of blacksmith.

It was an excellent start to 2018 diving with summer-like sunshine and a very compatible group of divers. Thanks to the crew of the Cee Ray for treating us so well.Next up: Casino Point on May 19th. Join us!! 8:15AM Express out of Long Beach, 3:50PM return. 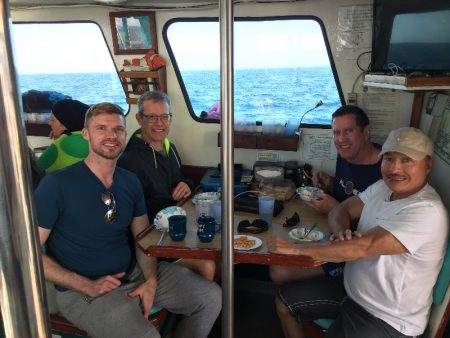 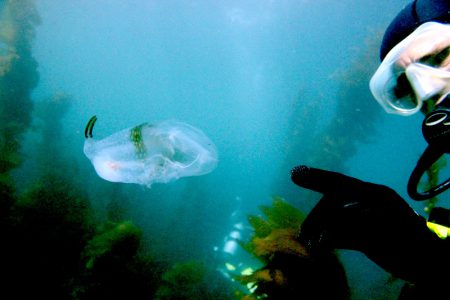 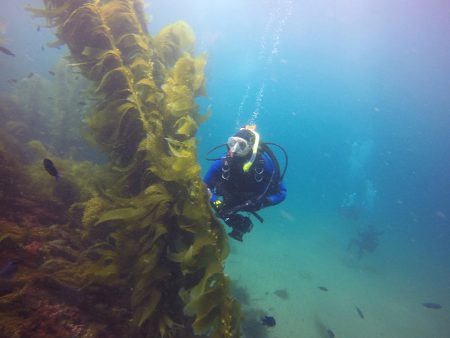 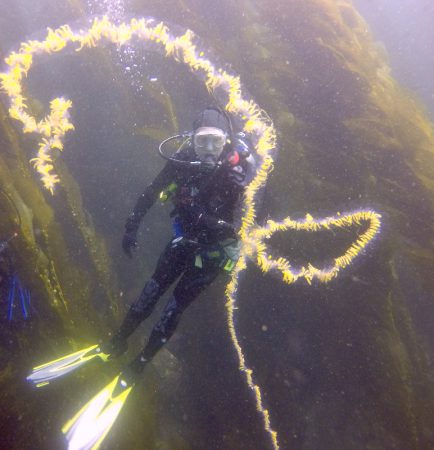 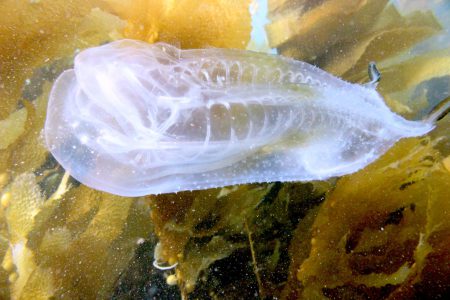 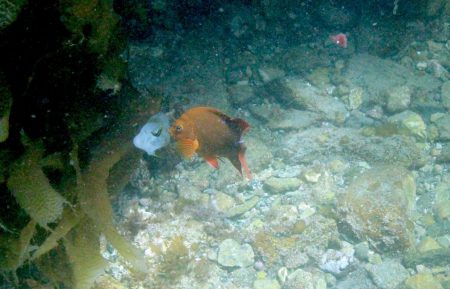 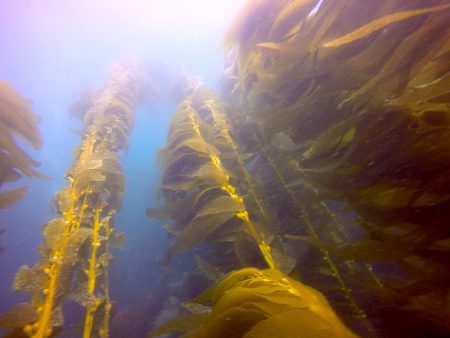 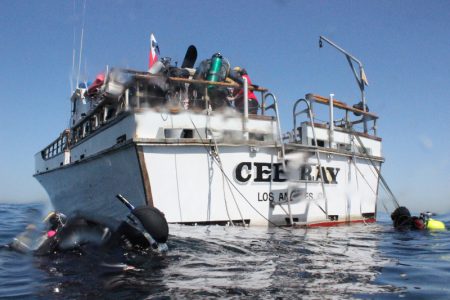